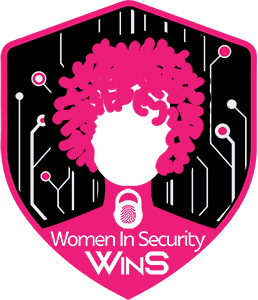 This article discusses the legal issues relevant to the first and second search and seizure of digital evidence. The article addresses the following points of research:

Following the examination of the evidence obtained in the first and second seizures, it is discovered that the Federal Bureau of Investigation (FBI) did not have a search warrant when they searched the subject’s home and seized the initial digital evidence. They acted on a tip from an informant who told them that the subject had the material and the knowledge to build and deploy the dirty bomb and the person intended to do so within hours. The police investigated the information from the informant and determined that the approximate amount of material necessary to build a dirty bomb had been stolen from a nearby weapons facility. Police received information from the informant in the past that was accurate and resulted in the arrests and convictions of three subjects.

The exclusionary rules is based on the principle of the federal Constitutional Law that evidence illegally seized by law enforcement officers is in violation of a suspect’s right to be free from unreasonable searches and seizures cannot be used against the suspect in a criminal prosecution. The exclusionary rule is designed to exclude evidence obtained in violation of a criminal defendant’s Fourth Amendment rights. The Fourth Amendment protects a person against unreasonable searches and seizures by law enforcement personnel or forensic investigators. If the search of a criminal suspect is unreasonable, the evidence obtained in the search will be excluded from trial (Search and Seizure Organization).

First Seizure The first seizure may or may not have been legal and the admissibility of the evidenced will be questioned. The U.S. Supreme Court has continued to look at the application of the exclusionary rule to various types of searches and seizures. In Florida v. White, 526 U.S. 559, 119 S. Ct. 1555, 143 L. Ed. 2d 748 (1999), the Court gave police more discretion to search and seize without violating the Fourth Amendment’s warrant requirement and enacted the exclusionary rule (Find Law for Legal Professionals). It pointed to its tradition of allowing police “greater latitude in exercising their duties in a public place”. Although a warrant is generally required for a felony arrest in a suspect’s home, the Fourth Amendment permits warrantless arrests in public places where police have “Probable Cause” to believe that a felony has occurred (Find Law for Legal Professionals).

In another case concerning the Fourth Amendment, the U.S. Supreme Court ruled that an anonymous tip by itself does not give police officers the authority to Stop and Frisk a person for a weapon, Florida v. J.L., 529 U.S. 266, 120 S. Ct. 1375, 146 L. Ed. 2d 254 (2000) (Find Law for Legal Professionals). However, if the search is based only on an anonymous tip, the seized weapon or data may not be offered into evidence, due to the exclusionary rule (Find Law for Legal Professionals).

According to the American Bar Association (ABA), the police do not have a right to search your home or its contents without a warrant. However, according to the ABA, the police are permitted to search your home without a warrant if there are sufficiently exigent circumstances. These include “an emergency situation where the police have reason to believe someone’s life is in danger” (American Bar Association).

In the case of Riley v. California and United States v. Wurie, the police arrested the defendants, and during a search incident to that arrest, the police seized each defendant’s cell phone that was located on their person. “Evidence of gang and weapons activity was discovered on Riley’s phone, after police looked through text, photographs, and videos. In Wurie, police searched the defendant’s phone finding he had received multiple calls from “my house.” They accessed the call log, traced it to the defendant’s apartment, and then searched the apartment, finding drugs and firearms. Both defendants were convicted” (Find Law for Legal Professionals, n.d.). The California Court of Appeals upheld Riley’s conviction, but the First Circuit Court of Appeals overturned Wurie’s conviction.

In this case the U.S. Supreme Court heard both cases together, and in a 9-0 opinion, “held that the police generally may not, without a warrant, search digital information on a cell phone seized from an individual who has been arrested” (Find Law for Legal Professionals, n.d.)

In June 2014 the Supreme Court ruled unanimous that ruled that law enforcement agencies cannot randomly search your cellphone without a warrant. There are exceptions however, when there is a threat of terrorism, or a child is missing or in danger.

“Modern cellphones are not just another technological device. With all they contain and all they may reveal, they hold for many Americans the ‘privacies of life”— Supreme Court Chief Justice John G. Roberts Jr.

Therefore, the first search may or may not have been legal; the investigator will need to prove that there was an emergency and that there was not enough time to secure a warrant. If the evidence had been in a public place or plain view, the evidence collected will meet the exclusionary rule. However, it would seem that the judge will allow the evidence based on eminent danger of people’s lives, and a known and previous credible informant was used in making the decision to perform a warrantless search.

Second Seizure The second search in this case if a warrant was obtained, the evidence may be admissible because the investigator or officer had a search warrant signed by a magistrate, which stated the place to be searched, along with the items to be searched (American Bar Association).

Bottom line know your constitutional rights under the 4th amendment.